Toronto is not the next great startup scene. Neither is Waterloo, or Vancouver, or anywhere in Canada.  I’m sorry that I have to write this. I really am. I want it to work. But the growing cho…

The Canadian tech scene, as it currently operates, does not support startups. It stifles them. I’m sure for some of you it’s in your professional interest to insist otherwise, and look I respect that, but I care about us getting this right, and someone needs to say this so it might as well be me.

To actually focus on improving this, we can’t just go along with government funded accelubator cheerleading — because they just need to get another grant so they can keep their salaries. I’ll leave the rest of my feedback for the comments.

That doesn’t mean saying everything is terrible. It does mean being realistic, figuring out what metrics, what outcomes to track, and then run a number of experiments trying to make things better.

With Venture Scouts, I want to build a community that provides some connective tissue in building better startups, supporting founders and funders with education and feedback to get better, and is a place where we can find a group of people who can have discussions around topics like this.

And if you have a critical mass of Bad Angels, the good ones will leave (they won’t be having any fun, so they’ll go find a different hobby.)

Well described. Most places in Canada have a critical mass of Bad Angels. I believe we need to reboot and rebuild the entire system, and in part I want to encourage and enables founders to invest in founders and bootstrap the next generation of Canadian angels.

Bay Area startups can go from initially announcing their pre-seed round to closing an oversubscribed round of SAFE notes in 72 hours. In Canada, you’re generally lucky if you can get a deal done in 3 months .

In contrast, in the Canadian startup ecosystem where fewer deals happen, there is more time to evaluate any one startup or any one deal. The world of startups is fully knowable, and there’s plenty of time, so the time spent on a deal will expand to fill the time available. And if there’s a lot of time available, then deal diligence will quickly enter determinate territory. You will find time to ask, “what can go wrong.” And you’ll find a lot!

And…I mostly give startups this advice. Skip the waste of time that is the majority of the Canadian Angel system.

It’s a vicious cycle: the more that startups are selected for deterministic thinking, the more it ends up proving the VC’s skepticism right, and the less leverage the startups will have in negotiating terms next time around.

Ooof. I feel this. The feedback “be less Canadian” in part encompasses this. I find myself also saying that I don’t want to get infected with “Vancouver thinking”.

There is a lot here. It boils down to various government programs being a dangerous game to play.

There are a lot of SR&ED zombie companies. Companies that would not make a profit annually without that refund.

Unfortunately, this decision compounds generation after generation of startups. For every batch of 10 new founders, the 2 most creative ones immediately leave (because it’s the right decision), leaving behind the other 8.

See my previous point of opting out of the Canadian startup system entirely.

Of the major cities in Canada, Montreal is the only one that naturally has an infinite game mindset. (But it really, really does. Montreal is a special place.) If Montreal weren’t in Quebec, it would be an unstoppable startup scene.

I don’t know Montreal well enough to agree or disagree.

Vancouver and surroundings does not have the right mindset. What it does have is that it only takes 4 hours start to finish to be taking a meeting in the SF Bay Area.

So for some people, they can treat Vancouver as an SF suburb

Like most things in economics, the correlations are as numerous as the causes and it can be difficult to tell them apart. I see a lot of good points and completely valid observations but in the end not enough evidence to draw valid conclusions. Disappointingly, the author fails to propose any real solutions (save for suggesting Montreal, which definitely ignores a tonne of negatives with having a business in Quebec).

The finite vs infinite game idea is certainly compelling and should be food for thought for any angel investors following this discussion.

Anyways I’m not going to nitpick the article as it has some good food for thought. I don’t totally agree with the points about SRED and other forms of government support. I will agree they can be distracting, I don’t agree that they need to be. My experience was that these things are relatively low effort sources of additional funding, when used appropriately. I do imagine that “bad angels” will be the type to insist upon things like SRED, IRAP and EBC being present to “boost” their returns.

I will pre-empt any cheerleader responses though. I think that this sort of discussion is very healthy and critical to improving the ecosystem. Founders and angel investors need to discuss what isn’t working openly and honestly, but it’s also important to start to brainstorm practical solutions. I’d love to hear what people think could work to start changing the Canadian ecosystem for the better.

You say we need to reboot and rebuild it. Any ideas where to begin?

The finite vs infinite game idea is certainly compelling and should be food for thought for any angel investors following this discussion.

What it does have is that it only takes 4 hours start to finish to be taking a meeting in the SF Bay Area.

I much much prefer Vancouver to SF due to quality of life concerns, and * gestures wildly at current state of USA *. Anecdotally, around 80% of time, SF investors have asked me if I actually live in SF. I think it’s signal for them, and they’re the types to have uprooted and moved to the valley.

Ooof. I feel this. The feedback “be less Canadian” in part encompasses this. I find myself also saying that I don’t want to get infected with “Vancouver thinking”.

I get that there are systemic forces at play, but you can also have subcultures that think differently. Any thoughts on how to turn Vancouver thinking around? Spreading this article is a start. Telling folks to “be less Canadian” isn’t always well received.

Any thoughts on how to turn Vancouver thinking around? Spreading this article is a start. Telling folks to “be less Canadian” isn’t always well received.

Yes. “It takes a village”. We have to gather a Good Angels and Good Startups and create a virtuous circle.

It needs to be entrepreneur led, not government led.

Yes, I’m talking about community. “Someone” has to put the time in and work together to form this. This has risen and fallen multiple times in Vancouver as various people burn out and move on.

And, various “fake” bad versions, groups, and meetups take the place of the good ones — just as described in the article.

My big question is how do we sustain this.

As one of the “bad” angels, and a SR&ED consultant (!), I think there’s lots to disagree with, like the basic premise that views business through the lens of finite versus infinite games.

I always thought startups were about solving human problems at the intersection of business and technology using a unique economic model, that doesn’t (and can’t) exist in any other domain. Apparently I’m wrong. As I have now learned from Mr Danco, true startup culture is a purely poetic expression of child-like game play, unsullied by such tiresome and pedestrian concerns as targets, milestones, cash flow, etc. And never, ever think about the money - that would be crass.

Haha. Sorry @edlevinson, you’re going to have to wear the “good” label.

The label or category that could perhaps filter this commentary is that it applies to “west coast venture startups” or something similar: where very large venture outcomes that are all or nothing are the goal.

I was struck by the good / bad feedback loops because I’ve seen it — and I know you have.

Also, this is a great phrase:

startups were about solving human problems at the intersection of business and technology using a unique economic model, that doesn’t (and can’t) exist in any other domain

Most of the discussion of this is on Twitter: 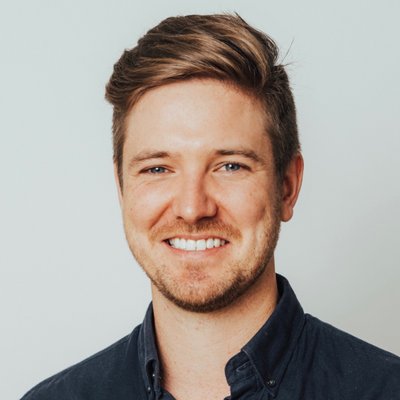 1. It’s unfair to compare us to the BayArea flywheel, which is spinning quickly, because people starting spinning it 60+ years ago.

(When he says “us” he means Toronto) 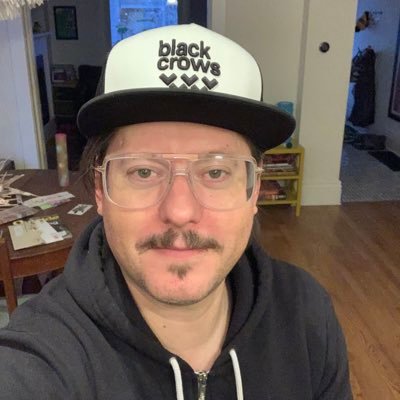 This is such a difficult and nuanced discussion. Milestones are important. Because they need to sufficiently attractive to the next round of investors (which is exactly why @alex_danco describes funding as discount on the future value). 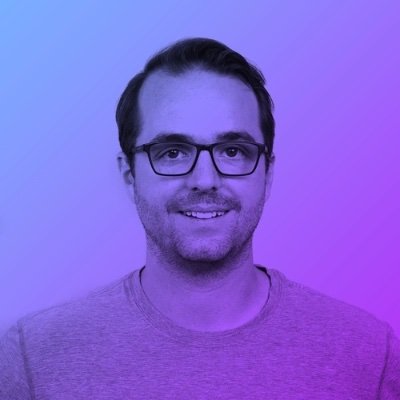 This is a HARD gap.

I used to think it was $$ + education ie Open Angel. I’m not convinced of that anymore.

I think it’s multiple outsized outcomes, which feels hard right now. Is there a Slack mafia that’s going to kick things off?

I think it’s multiple outsized outcomes, which feels hard right now. Is there a Slack mafia that’s going to kick things off?

I think that unless we concentrate and cross-pollinate with any Slack mafia, it won’t happen organically, because the “bad” systems just turn people off from connecting into those systems.

So my hypothesis is that we can try and be a beacon for “good stuff” with venture scouts, and be a default spot to try and build more cross connections.

Maybe in summary: any single Slack upside individual isn’t going to move the needle because they only have so much bandwidth and capital available to deploy. How do we activate multiple new angels? and then do things like funds and sidecars where lead cheques go even farther.

One metric: creating leads / first cheque writers has a knock on effect that is very good.

Angel groups generally don’t align incentives with entrepreneurs. My experience is that angel groups tend to attract individuals that don’t have a “shared experience”, i.e., they made their money any number of ways but really don’t get “venture capital” because as the article describes you’re looking for signal about the discount on a discount on a future round.

Syndicates and networks, i.e., I’d invest in that person because they are part of the ex-[Trilogy/Shopify/Slack/Hootsuite/PayPal/etc]. We don’t seem to have as much of an alumni network. I wonder if this is because we don’t generate outsized wealth (RIM, Shopify, Lightspeed?) and there is almost no mid-market. 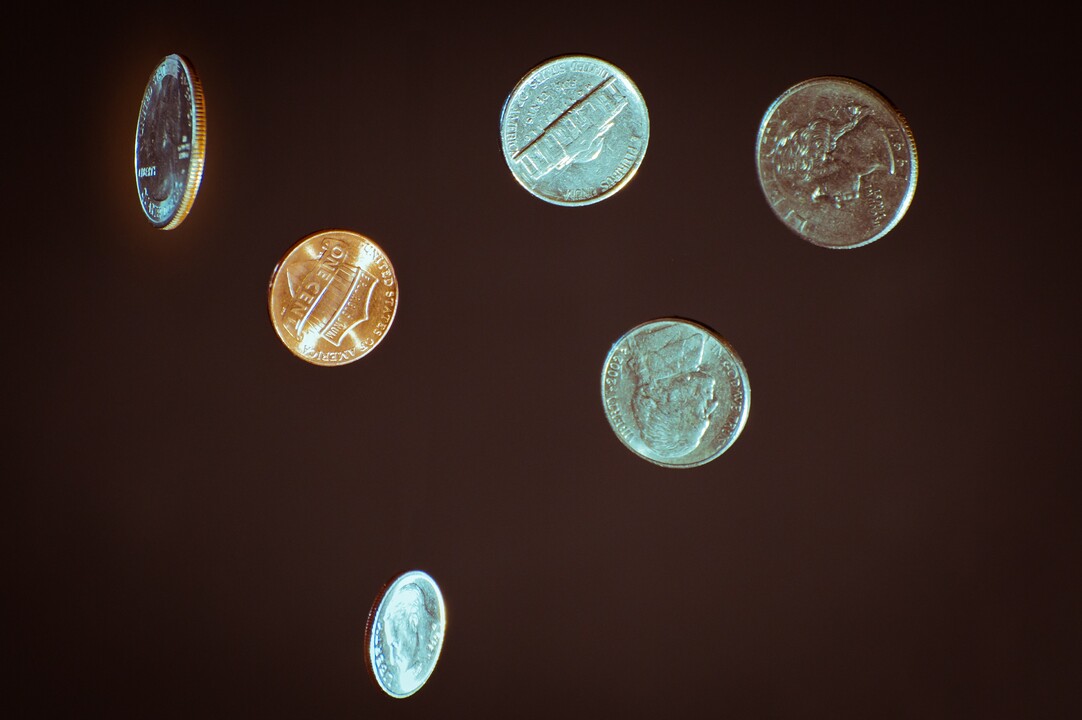 A few weeks back Alex Danco attempted to boil the ocean in his blog entitled Why the Canadian tech scene doesn’t work. His piece garnered much attention, including robust discussion inside my angel group about who we are and what we do.

Because the best founders will just got to California anyway, and/or if Canadian angels get involved they’ll screw it up.

I guess he’s talking his book to some current crop of angels. It doesn’t have to be this way – hunting for great Canadian founders, writing a first cheque AND connecting them to international markets is possible.